The company has given four cameras setup in the rear in this Realme XT. It has a quad camera sensor with a primary camera 64 megapixel Artificial Intelligence. 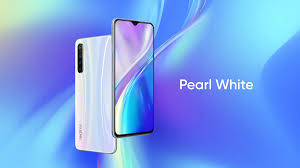 Realme has launched the new smartphone Realme XT in India. This smartphone has been given excellent features. The company has set up four cameras in the rear of this smartphone. It has a quad camera sensor with a primary camera 64 megapixel Artificial Intelligence. While the Sony IMX471 sensor has been given 16 megapixels for selfie.

Talking about the specifications of the Realme XT, this smartphone has a 6.4 inch Super AMOLED display. It features a front facing camera inside the waterdrop notch. Front and back panel Gorilla Glass 5 has been provided for the restoration of the phone. An in-display fingerprint sensor is also provided.

The Realme XT features an octa-core Qualcomm Snapdragon 712 AIE processor. The smartphone can be in three storage variants with 4GB Ram / 64GB and 6GB-8GB / 128GB storage.

This phone has 4000 mAh battery. Fast charge support is provided. The smartphone has been given a 20-watt VOOC 3.0 charger. The smartphone runs on an operating system based on Android 9 pi. Hyper Boost 2.0 technology has been introduced for gaming.