Some of the basic traffic rules for two-wheeler riders in India are as below:

Helmets should be worn always while riding

Indicators should be used by all riders

Pillion riders cannot be more than one

The rider should focus on the road all the time

Usage of rearview mirrors is mandatory

When pulling over, do so carefully

Indian roads are among the most notorious in the world as it claims over 1.5 lakh lives each year and most of it is due to people’s lack of traffic sense. The central government previously failed to take the necessary steps however it has decided to crackdown on traffic offenses right now. This, they are doing by making the law and its subsequent punishment a lot more stricter.

To take care of the same, the government tabled the Motor Vehicle (Amendment) Bill 2016 which was also been approved by the cabinet recently bringing the law into effect. This road safety bill has outlined punishments and penalties for all sorts of traffic violations. The bill is based on recommendations submitted by transport ministers of 18 Indian states. 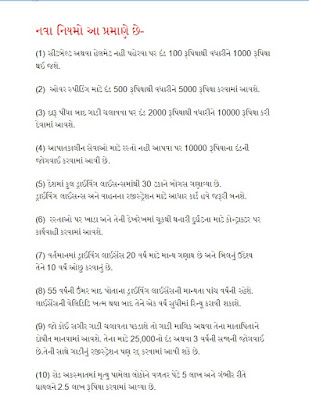 Here is a rulebook that comes in handy for around the country:

Wear Helmets at all Time:

Irrespective of where you are riding: whether it is on a highway, city, or an inroad near where you live, always make sure to wear a helmet. This doesn’t just save you from getting a fine but will also save your head from sustaining any major injuries. If you are riding with a pillion, make sure they wear their helmet too.

Indicators of late have become more of a novelty piece on vehicles as people refuse to use them when taking any turns. To be on the safer side, always use the indicators and make sure to move into the lane towards where your turn is.

Do not Take more than a Pillion:

People taking more than one pillion on their two-wheelers is a common sight in most Indian cities and towns. What the riders don’t realise is, by doing so they are risking their and their pillions’ life. This is why you should always stick to riding with just one pillion. 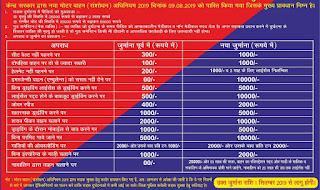 Keep your Eyes on the Road:

Other vehicles on the road usually use signals to indicate that they are taking a turn. So, keep your eyes on the and read the signals right so as to avoid accidents.

In case you want to pullover mid-ride to tend to a phone call or any other matter, always use indicators to move over to the extreme left lane while stopping.

Use your Rearview Mirrors:

It is a rather common sight to see most people switch between lanes rather brashly. Never do that. Instead, use your rear view mirrors and your indicators if you absolutely need to switch lanes.