The Karakoram Highway  or the China-Pakistan Friendship Highway) is a 1,300-kilometre (810 mi) national highway which extends from Hasan Abdal in the Punjab province of Pakistan to the Khunjerab Pass in Gilgit-Baltistan, where it crosses into China and becomes China National Highway 314. The highway connects the Pakistani provinces of Punjab, Khyber Pakhtunkhwa and Gilgit-Baltistan with China's Xinjiang Uyghur Autonomous Region. The highway is a popular tourist attraction, and is one of the highest paved roads in the world, passing through the Karakoram mountain range, at 36°51′00″N 75°25′40″E at maximum elevation of 4,714 metres (15,466 ft) near Khunjerab pass.[Due to its high elevation and the difficult conditions in which it was constructed, it is often referred to as the Eighth Wonder of the World. The highway is also a part of the Asian Highway AH4. 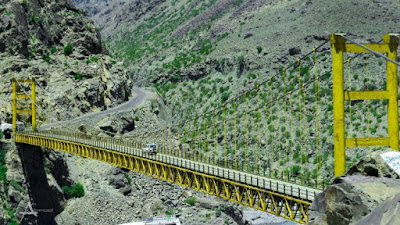 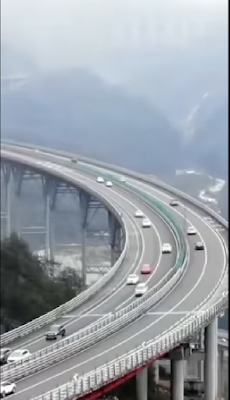 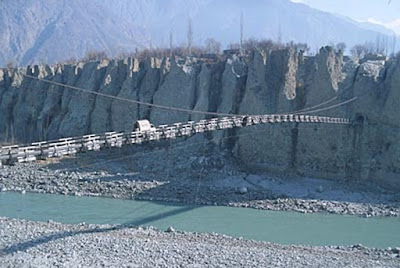 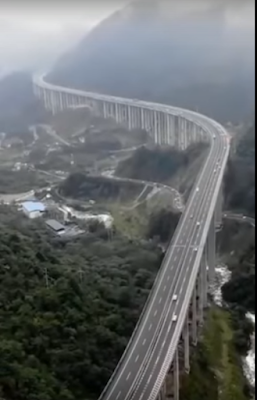 The Karakoram Highway, also known as the Friendship Highway in China, was built by the governments of Pakistan and China. It was started in 1959 and was completed and opened to the public in 1979. Pakistan initially favored routing through Mintaka Pass. In 1966, China citing the fact that Mintaka would be more susceptible to air strikes recommended the steeper Khunjerab Pass instead.About 810 Pakistanis and about 200 Chinese workers lost their lives, mostly in landslides and falls, while building the highway. Over 140 Chinese workers who died during the construction are buried in the Chinese cemetery in Gilgit. The route of the KKH traces one of the many paths of the ancient Silk Road.

As part of the $46 billion China Pakistan Economic Corridor, reconstruction and upgrade works on the Pakistani portion of the Karakoram Highway (KKH) are underway. The KKH spans the 806-kilometre (501 mi) long distance between the China-Pakistan border and the town of Hasan Abdal. At Burhan Interchange near Hasan Abdal, the existing M1 motorway will intersect the Karakoram Highway. From there, access onwards to Islamabad and Lahore continues as part of the existing M1 and M2 motorways, while Hasan Abdal will also be at intersection of the Eastern Alignment, and the Western Alignment which will lead towards the port city of Gwadar.